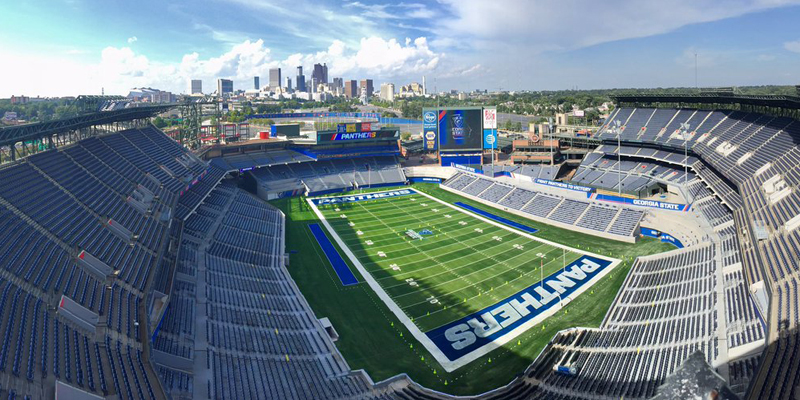 The Georgia State Panther’s played their inaugural game in the team’s new home on August 31 against Tennessee State. This is the third major sports arena to debut in the city of Atlanta this year alone, and the third iteration of the famed downtown stadium - previously 1996 Olympic Stadium followed by the Atlanta Braves' Turner Field.

Other recent articles on this project have been published in the following industry publications: