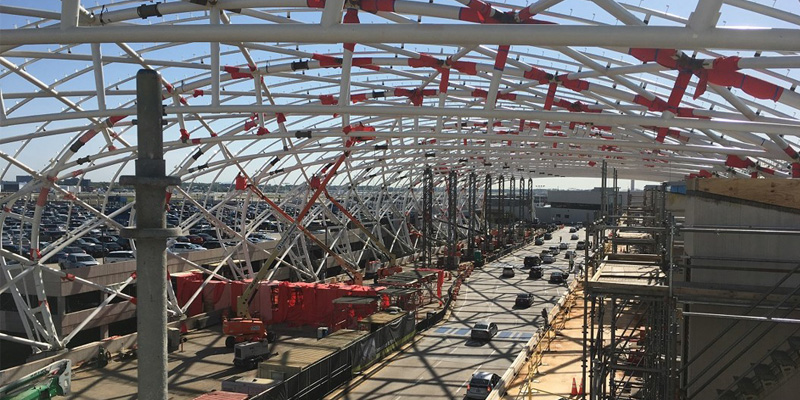 In 2014, Hartsfield-Jackson Atlanta International Airport (H-JAIA) calculated 96.2 million passengers and 868,359 operations, proving that not only is Atlanta home to the world’s busiest airport, but H-JAIA is finding no grace period in the near future. In fact, growth is expected to boost these numbers to 120 million passengers and 1.1 million in operations by 2031. Already the 2017 passenger numbers have exceeded 100 million, placing H-JAIA as the busiest airport – in terms of passengers – in the world for 20 consecutive years.

To guide future industry growth, the airport assembled the Atlanta Aviation Associates (A3). As a member of A3, CBRE | Heery is providing Program Management Support Services for the City of Atlanta, Department of Aviation’s $6 billion capital development program. A3 is guiding H-JAIA’s 2030 Master Plan, a roadmap that efficiently plans for aviation demand throughout the foreseeable future, while preserving the flexibility necessary to respond to the continually evolving industry. Over the past decade, commercial aviation has seen significant changes in relation to passenger and baggage screening, technology changes affecting airline check-in procedures, the airline aircraft fleets, and aviation industry economics.

Since 2015, A3 has been working with H-JAIA’s P&D management to develop a unified team and organization to seamlessly implement the airport’s capital improvement program. It is responsible for providing staff augmentation and specialty services to the Department of Aviation.

The capital improvement plan includes extensive renovations to the terminal and concourses, the replacement and expansion of structured parking decks, an on-site hotel, the construction of additional end-around taxiways, a possible sixth runway, added parking for passengers and employees, and expanding air cargo facilities.

With an office located on-site, CBRE | Heery is making progress on several key initiatives, including the modernization of the Central Passenger Terminal Complex (CPTC).

“The projects, when completed, will enhance travel operations within the airport while upgrading the facilities’ aesthetic appeal,” Michael Pack, Senior Project Manager, said. “The Domestic and International Terminals are connected via the Plane Train (AGTS—Automated Guideway Transit System). Between the two Terminals are Concourses T, A, B, C, D, E and F. If you have your boarding pass, you can go through either Terminals Security Checkpoint and travel to the others via the Plane Train with stops at all of the various concourses so noted.”

The CPTC – DOA Landside modernization is currently completing upgrades to the Domestic Terminal. The objective is to provide the terminal with a fresh and modern look complementary of the new International Terminal. CBRE | Heery is managing renovations made to the North and South curbside upper level roadway canopies along with improvements to the exterior façade. Renovations are also being made to the twenty entry vestibules and Main Security Checkpoint. These much-needed exterior and interior renovations to the existing domestic facilities will unify both Terminals and enhance the customer experience and service throughout the airport complex. 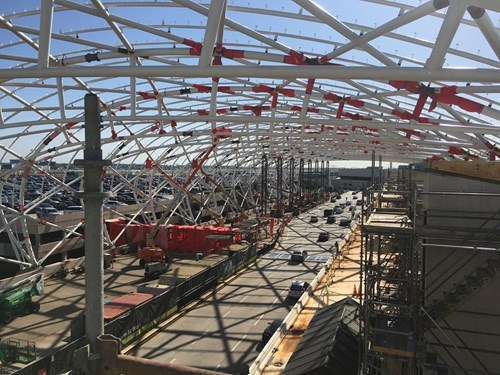 Upgrades to the CPTC Airside – Terminal South, A, B, and C include new metal panel ceilings, backlighted signage and LED lighting along the concourse corridors. The holdrooms are receiving new and expanded exterior glazing, raised ceilings to expand volume space as well as new LED lighting, new seating with power outlets and gate podiums along with new carpet and wall finishes.