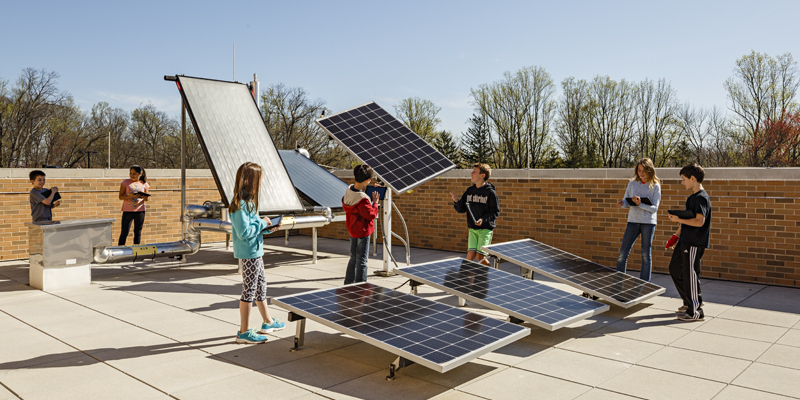 Each year, Earth Day comes to us as a reminder of the importance our impact has on the global environment. Today, Heery celebrates the growing movement surrounding sustainable practices in design and construction by reminding ourselves of the impact our industry has on the global environment. For decades, Heery has demonstrated a commitment to sustainable design and construction practices and have enabled us to help many clients achieve high levels of building performance and investment return through energy savings, environmental conservation, renewable materials, and occupant health.

Most recently, the American Institute of Architect (AIA) and the Committee on the Environment (COTE) named Arlington Public Schools’ Discovery Elementary a 2017 Top Ten Recipient of the COTE Top Ten Awards, the industry’s premier program celebrating sustainable design excellence. Discovery Elementary School was recognized for the project’s integration of design and performance as well as the school’s social, economic and ecological value.

Heery was approached by Arlington Public Schools to serve as Project Manager for the new 97,588 square foot Discovery Elementary school. Built to address the increasing enrollment rate, the design of the new school needed to focus on the children above anything else in two critical ways. First, by designing an environment that captured a-place students’ attention and second, by creating a building that would not only use less resources but also to address issues surrounding the global environment.

After its completion, Discovery Elementary became the first "net zero energy" school on the east coast of the United States and one of the first schools in the nation built under the Zero Energy Schools Accelerator Program, a government initiative that calls on national leaders in various sectors to make commitments to improve the energy efficiency of state and local buildings and plants. To achieve net zero energy, many sustainable features were incorporated into the design of the school, including 1,706 roof-mounted solar panels, a geothermal well field, solar pre-heat of domestic water, 100% LED lighting, and exterior ICF walls with high thermal mass.

Discovery was also recognized by COTE for its positive example of a solution to the global environmental issues at hand and emboldens students with the expectation that they are creative participants in those solutions.

In honor of Earth Day, here’s a look through the decades at significant milestones and achievements Heery’s made in sustainable design and construction:

1973: After the Organization of Arab Petroleum Exporting Countries declared an oil embargo, a global oil crisis ensued with countries seeing a drive in the cost of energy. To counter the rising impact the crisis had on projects, Heery developed protocols for energy budgeting, and Heery’s focus on sustainable practices in design and construction became a primary focus for the decades to come. 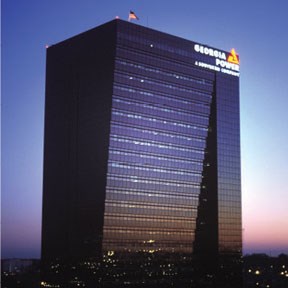 1978-1980: Just five years after the Arab Oil Embargo, Heery utilized its newly-developed energy saving tactics and designed the new Georgia Power Company headquarters to operate using one-third of the energy of other similar office buildings. In 1980, the new headquarters – known locally as the “leaning tower of power” – appeared in Time Magazine for its energy efficiency. 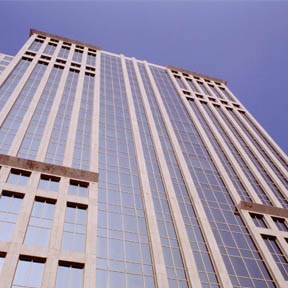 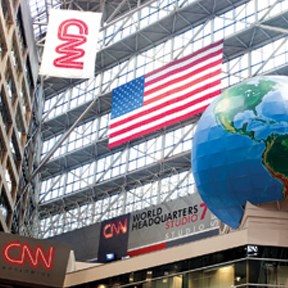 1997: During this year, Heery began a multi-decade relationship with CNN to model its energy use and reduce its resource consumption, helping reduce carbon dioxide emissions – the equivalent of removing 280,000 cars from the road. 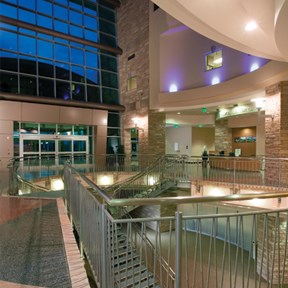 2007: The Heery-designed Medical Center of the Rockies – the largest LEED Gold healthcare facility in Denver, CO and in the nation – was completed. The Medical Center received a high commendation for International Sustainable Design at the 2010 Design & Health International Academy Awards.

2017: With 45+ years of dedication to sustainable design and construction practices, Heery has helped to achieve high levels of building performance and investment return for clients.