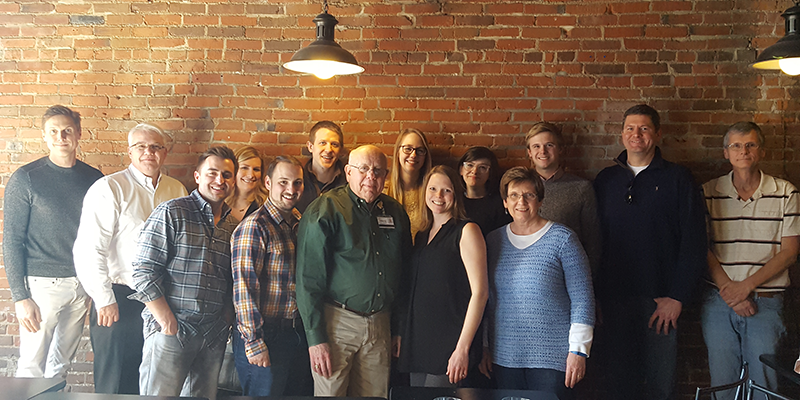 Heery's Iowa City office gathered on February 17th to celebrate Phil Grimes’ retirement. Phil came from Heery's Orlando office to the Iowa City office in 2012 to be the construction manager for the new University of Iowa Stead Family Children’s Hospital. His guidance, leadership, and mentoring over the last years have helped to make this a great project for Heery Design.

In addition to the University of Iowa Stead Family Children's Hospital, Phil also worked on the Lake County Judicial Center, the Richmond Federal Courthouse, and the Pasco County Central Court Facility, among several other great projects.

Phil will be missed greatly by his colleagues and friends at Heery. We wish Phil and his wife Janet many happy years in retirement.