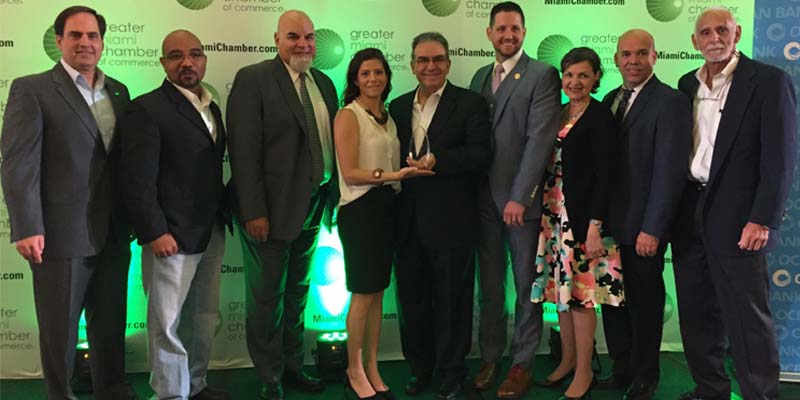 The Greater Miami Chamber of Commerce presented Heery International with the 2017 South Florida R.E.A.L (Real Estate Achievers and Leaders) Architecture Firm of the Year Award. Heery was recognized for its notable achievements in architecture and its leadership within the Miami community. Several representatives from Heery accepted the award on behalf of the company at the Chamber’s annual South Florida Real Estate Summit on April 21.

Heery has largely contributed to the master planning and implementation of one of the largest transportation projects in the State of Florida and in Miami-Dade County, namely the Miami International Airport’s North Terminal Development. Part of the success of the Greater Miami Area is the new airport terminal that greets and bids farewell to international and national visitors daily - and has contributed to Miami's stature as a World Class City.

The firm exhibits honest leadership within its community through community service efforts and fundraising activities. Each year, the firm embarks on a nationwide campaign to give back to the communities at each of the 23 office locations. In the Miami area, Heery has recently provided support to Casa Valentina, an affordable housing and life skills program for at-risk youth and youth transitioning from foster care to independent living in Miami-Dade County.