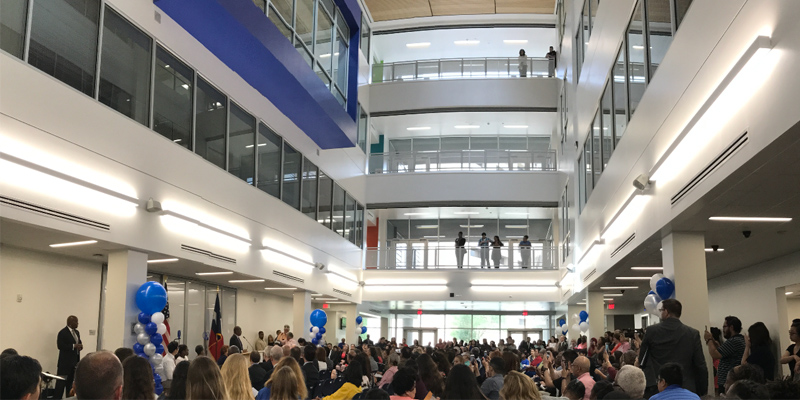 Michael E. DeBakey High School for Health Professions offers students interested in science and health careers an alternative to the traditional high school experience. When the school opened in 1972 as a partnership between the Houston Independent School District (HISD) and Baylor College of Medicine, it became the first magnet high school in the nation with a health-focused curriculum. Established under the leadership of then Baylor president, Michael E. DeBakey M.D., the school was founded after community leaders recognized the importance of attracting young people from traditionally under-represented groups to careers in the health sciences.

In 2012, as part of a new HISD bond program, DeBakey was approved by Houston voters to receive a new facility located at the Texas Medical Center and on June 1, students and visitors celebrated the completed project during the building’s grand opening event. Heery, serving as the program manager for the new academic facility, listened as HISD Trustee Mike Lunceford, HISD Superintendent Richard Carranza, Baylor College of Medicine Provost Alicia Monroe, Texas Medical Center President Emeritus Richard Wainerdi and City of Houston Mayor Sylvester Turner provide remarks on the future of DeBakey and its students and the impact they will make in the generations to come.

Consistently ranked among the top high schools in the nation, DeBakey strives to provide a challenging college preparatory program that includes five years of science, mathematics and an introductory study of medicine while furthering the understanding and appreciation for Houston’s diverse community. 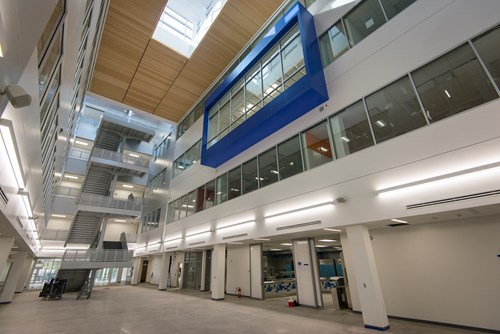 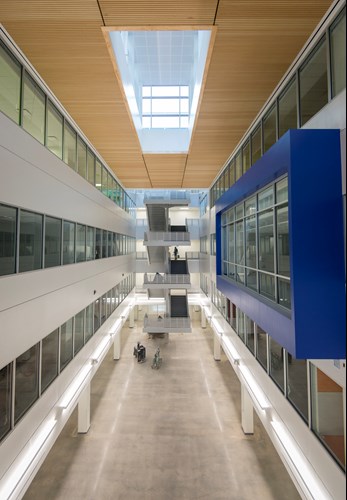