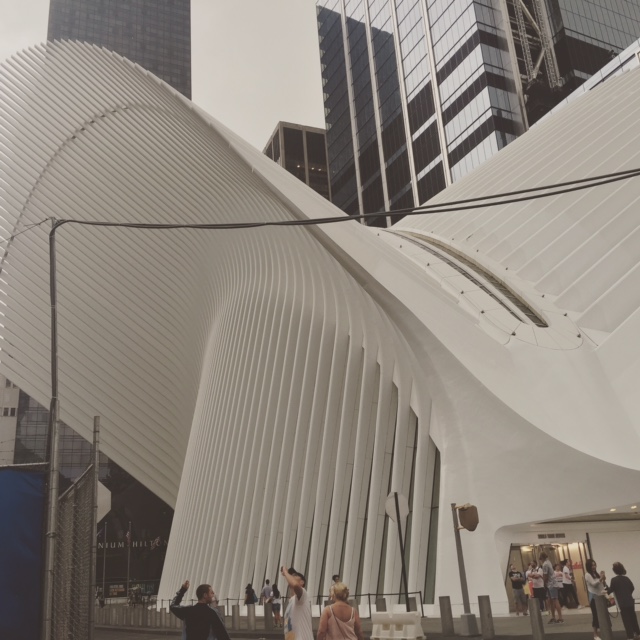 In my travels to NYC last week, I was fortunate to come through the new World Trade Center transportation hub, Oculus.  This amazing structure was designed by Santiago Calatrava.   According to Santiago, the structure is supposed to be an image of a bird release from a child’s hands.  Oculus allows natural daylight to flood through all levels of the structure, and Calatrava describes it as saying the building is supported by ‘columns of light’.  The Hub when completed will be 800,000 square feet and will be the third largest transportation center in New York City.

This beautiful structure is a great addition to the redeveloped area of the World Trade Towers.  Oculus opens annually at 10:28am on September 11th, as a beam of light would pass through the opening in the roof and all the way down the center of the Oculus floor. This opening of light is a memorial of the attacks on September 11th.