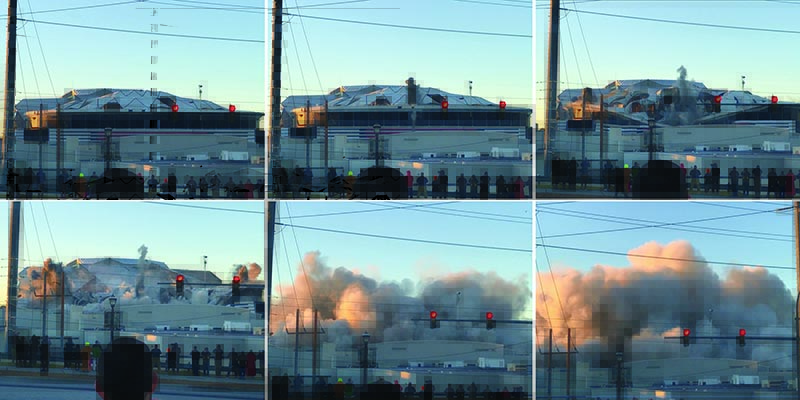 IN THE MEDIA
NOV
2017
Planned Implosion of the Georgia Dome

The planned implosion of the Georgia Dome brought down the storied venue today, leaving only memories of those who competed and performed there, and delineating the now exclusive club of those who can claim to have witnessed history inside.

Spectators gathered to fixed their gazes on it one last time, as approximately 5,000 pounds of explosives were used to bring down the structure in a precisely controlled explosion.

Designed by Heery and opened in 1992, the venue was the site of great moments in sports, as well as many concerts and performances. The Georgia dome was the place where Kerri Strug vaulted to Olympic Gold with a debilitating injury to her ankle. It is also the site of three NCAA Final Fours in Men’s Basketball, the location for Super Bowl XXVIII in 1994, and Super Bowl XXXIV in 2000, among other events.

Its walls have fallen but its memories forever remain.