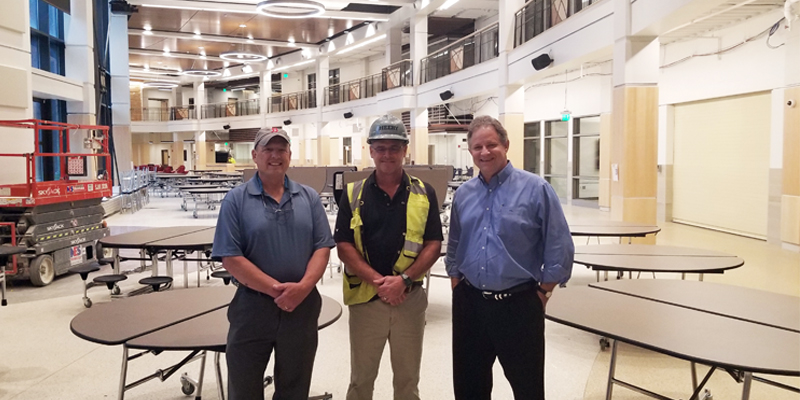 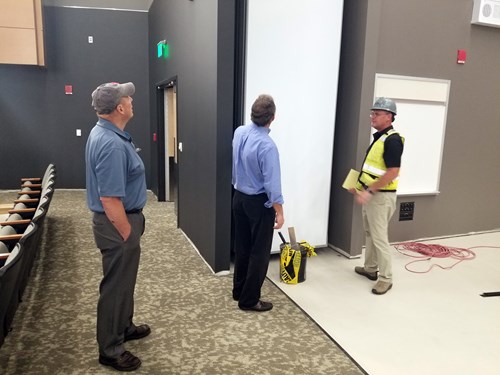 The new middle school is being built on the site of the old Memorial Building, which was previously a high school, more than half a century ago, and was converted into municipal offices. The 231,500 square foot facility includes maker/builder space in each of the building’s 12 “neighborhoods”. This versatile space will actively support, encourage, and facilitate project-based learning and give the students numerous opportunities for a variety of cross-discipline collaboration. Significant attention has been given to providing critical special education spaces for autistic spectrum students for life skills development, as well as special two-story program spaces such as the technology applications and production lab and multi-media and video applications lab. The school contains 39 general classrooms, as well as 12 science laboratories, media center, gymnasium, and auditorium. In addition to interior education spaces, the school campus site design includes an outdoor learning space that has a small amphitheater to support small performances or opportunities for Socratic learning experiences. 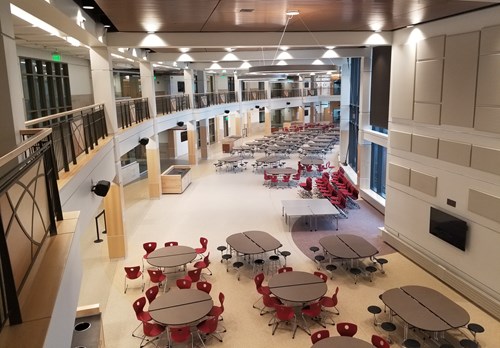 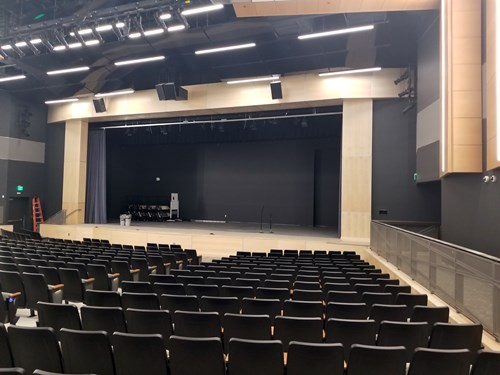 View of the second cafeteria/common area from the 4th floor landing. In the top photo, Glenn is shown observing the large movable panels (+20 feet tall) at the rear of the auditorium which separates the band room from the auditorium and provides overflow space for the auditorium.