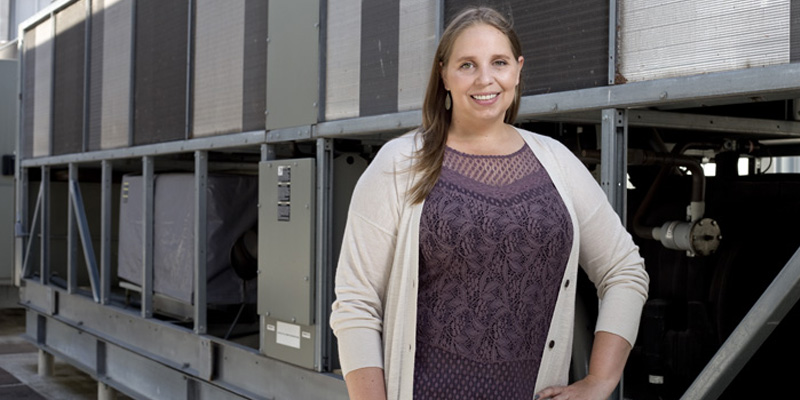 IN THE MEDIA
AUG
2017
Rising Stars: Janelle Kolisch, from crayons to commissioning

Fresh off earning her Oregon engineering license, Heery Commissioning Agent Janelle Kolisch was named the Professional Engineers of Oregon’s (POE) Young Engineer of the Year. Her accomplishments come early on in her career, a remarkable feat that recognizes her as a rising star in the industry by Oregon’s Daily Journal of Commerce.

Destined for success, Janelle’s interest in engineering was first piqued when she was given a set of her dad’s drawing plans as “her first coloring book”.  Years later, Janelle received her engineering degree from the Ohio State University before landing a commissioning role in the construction industry.

She has since been on a fast track in her career, earning her engineering certification in the state of Oregon earlier this year followed by her recognition as the POE’s Young Engineer of the Year. Janelle credits her supervisor, Executive Associate Richard Young as well as her Heery Network of building environment professionals for a few of her most recent achievements.

While stationed in Heery’s Portland office, Janelle is often on the road (or in the air), traveling to project sites around the world. Outside of her typical project roles, she invests some of her personal time at a local chapter of Engineers Without Borders.

Janelle’s story reflects the idea that people with similar ambitions will one day be future leaders of not only the company, but within the industry as well. Read Janelle’s story in Oregon’s DJC here.