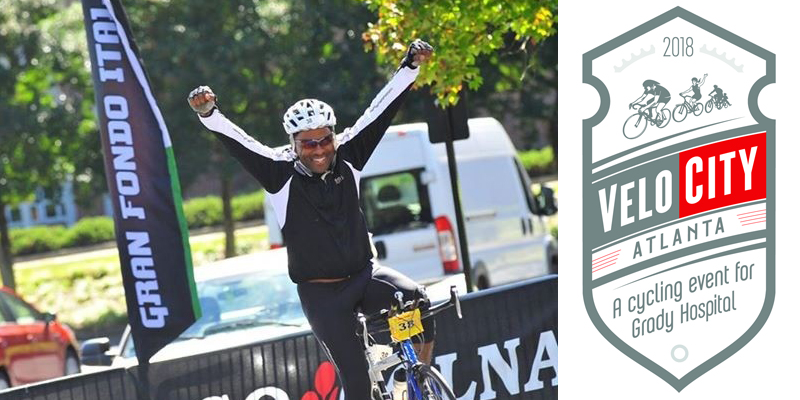 At the young age of 10, Business Development Manager Eric Wilson was run over by a drunk driver while riding his bike on the sidewalk. The car rolled up to his hips causing severe damage to both his legs from the ankles to his thighs, severe concussion, slashes and bruises. He was left crippled in a wheelchair with doctors conveying a prognosis that he may never walk again.

He spent the next four years working through the initial phases of learning how to walk for a second time in life. After years of intense physical therapy, countless medical visits and support from his family and friends, Eric defied the odds and got back on his feet.

It was not until decades later however, resulting from a discussion and encouragement with then Atlanta Council member Aaron Watson who is also a cyclist, did Eric embrace a healthier, more active lifestyle and in doing so, found the courage to ride again.

That traumatic experience transformed into a feeling of empowerment when in 2015, Eric conquered one of the most challenging routes in road cycling, the Tour de France’s Mont Ventoux. 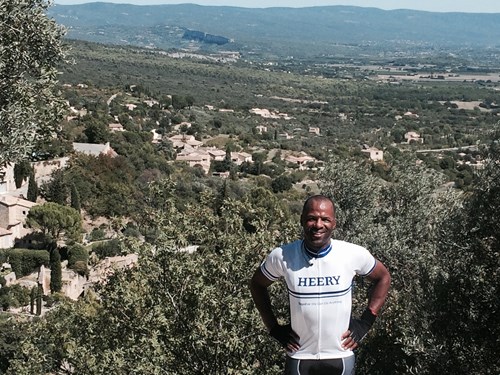 While standing at the top of Mt. Ventoux, Eric experienced flood of emotion come rushing in. Among those feelings was the gratefulness he felt toward those who have in many ways helped him achieve something he felt would never one day be possible.

If you asked Eric 30 years ago whether he would ever find himself on top of that mountain, his response?

“But, thanks to a Midwest medical facility, similar to Atlanta’s Grady Hospital, I went on to serve our country as a Marine and a Soldier, participate in a triathlon, cycled portions of the Tour de France route and will cycle the Swiss Alps in late June 2018.”

Also this year, Eric will participate in VeloCity 2018 (www.velocityatlanta.com), a new Atlanta cycling and fundraising event that is bringing cyclists of all abilities and ages together in support of Atlanta’s Grady Hospital.

“Systems like Grady do more than heal, they allow little boys (in my case) to grow up and become productive citizens.”

The Ride will take place on Saturday, May 5, in downtown Atlanta, with all routes starting from the field of Mercedes-Benz Stadium.  Featuring multiple distances for riders of all abilities, VeloCity will bring cyclists and the community together to support one of the city’s most important institutions.

Watch the video below to hear more on why he and others are choosing to #RideForGrady!