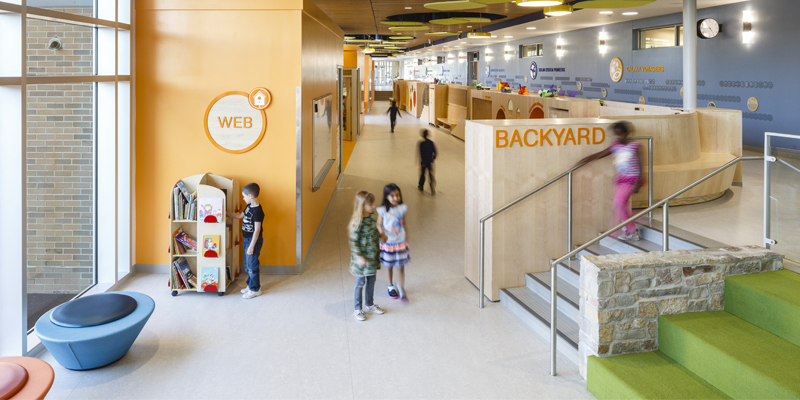 For decades, Heery has demonstrated a commitment to sustainable design and construction practices and has helped many clients achieve high levels of building performance and investment return through energy savings, environmental conservation, renewable materials, and occupant health.

The American Institute of Architects (AIA) and the Committee on the Environment (COTE) named Arlington Public Schools’ Discovery Elementary a 2017 Top Ten Recipient of the COTE Top Ten Awards, the industry’s premier program celebrating sustainable design excellence. Discovery was recognized for the project’s integration of design and performance as well as the school’s social, economic and ecological value.
Heery was approached by Arlington Public Schools to serve as Project Manager for the new 97,588 square foot school. Built to address the increasing enrollment rate, the design of the new building needed to focus on the children above anything else in two critical ways. First, by designing an environment that captured students’ attention and second, by creating a building that would not only use less resources but also to address issues surrounding the global environment. 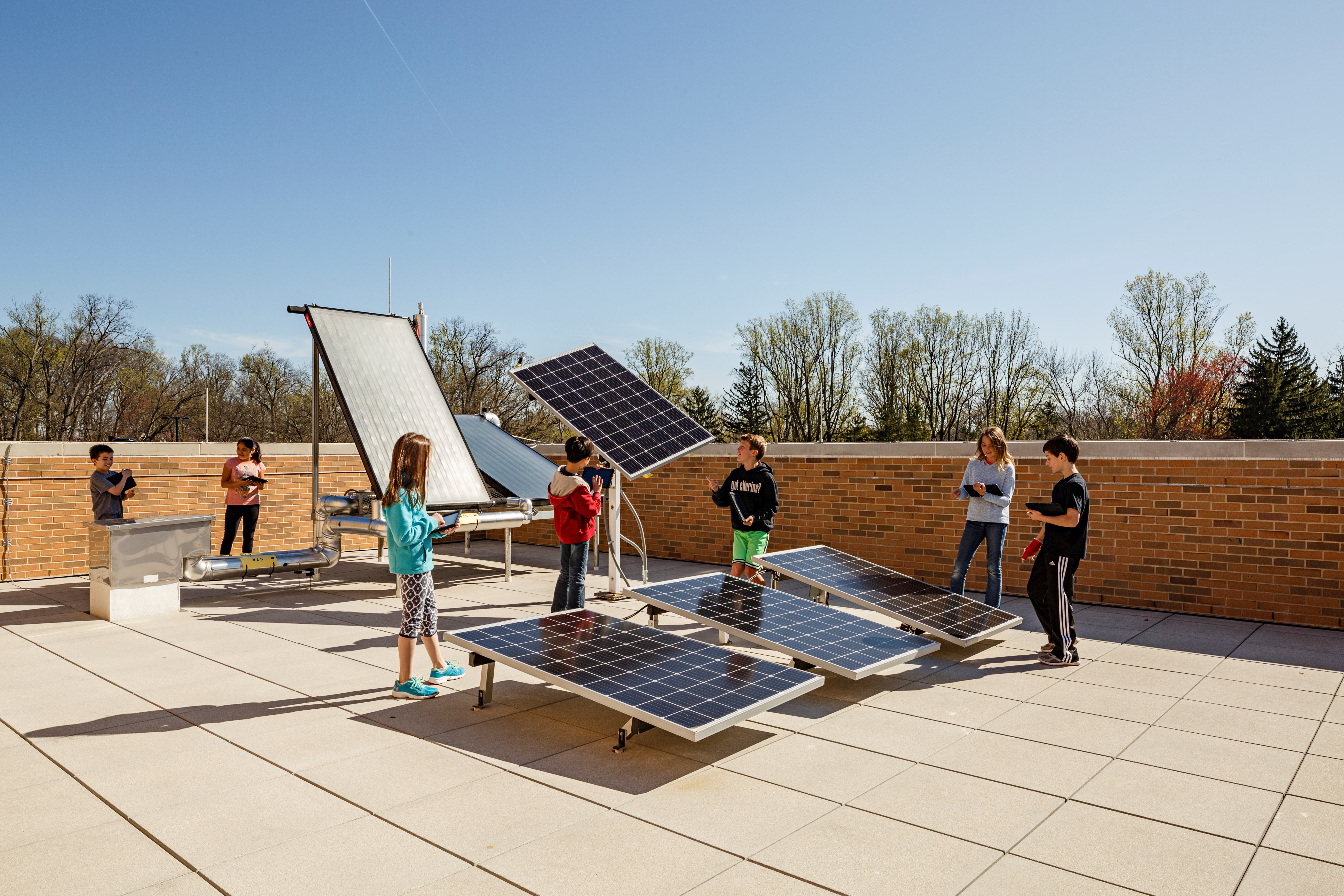 After its completion, Discovery Elementary became the first “net zero energy” school on the east coast and one of the first schools in the nation built under the U.S. Zero Energy Schools Accelerator Program. Sustainable features were incorporated into the design of the school, including 1,706 roof-mounted solar panels, a geothermal well field, solar pre-heat of domestic water, 100% LED lighting, and exterior ICF walls with high thermal mass.
Discovery was also recognized by COTE for its positive example of a solution to the global environmental issues and emboldens students with the expectation that they are creative participants in those solutions.