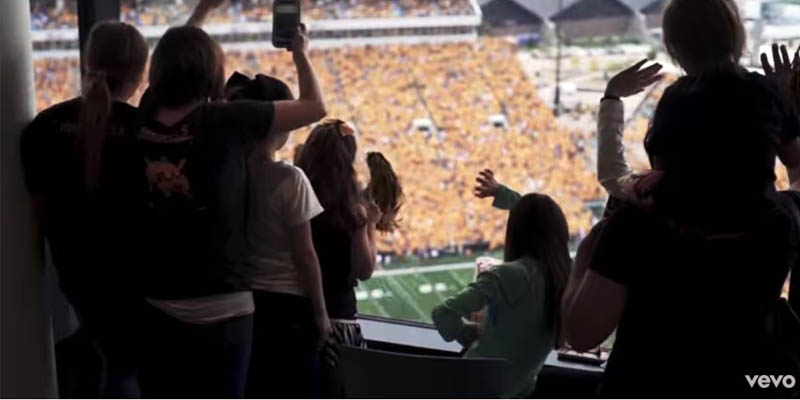 CBRE | Heery, in collaboration with Foster + Partners, designed the new University of Iowa Stead Family Children’s Hospital overlooking Kinnick Stadium. During the 2017 football season, Hawkeye fans created a heartwarming moment directed toward the children of the hospital. What started as an idea sparked through social media became an iconic tradition. At each home game, fragile and sick children receiving care from the University of Iowa Children’s Hospital was as 65,000 fans, players and coaches wave to them in unison.

Recognized as one of the best sporting moments of 2017, Iowa’s “Kinnick Wave” has captivated the sports nation and is on its way to becoming one of the most beloved traditions in college football. So much so, that country music star Carrie Underwood has included the viral moment in a music video for her new song “The Champion.” The song and its video centers around recovery from obstacles and makes the connection through featured clips from other people and moments in history and sports.

The “Kinnick Wave” has been highlighted by national media outlets like ESPN, CNN and CBS Sports. Last December, the tradition was awarded with the “Disney Sports’ Spirit Award.

The wave makes its cameo around the two minute mark. Click here to watch.